Princeton University During the Seasons

As a photographer and a lover of architecture, Princeton University has been a place that I wanted to photograph. I enjoy capturing photos of historic landmarks. The old buildings look like you stepped into a medieval time of castles and noble people who grace the grounds. The campus is a maze surrounded by art sculptures, a pair of roaring tigers, and some remembrance of the Revolutionary War.

DISCLAIMER: This blog contains affiliate links, which means that if you click on one of the product links, I will receive a small commission. This helps support my blog and allows me to continue to make articles like this.

Princeton University looks picturesque all year round. In the winter you have the snow-blanketed on the bare trees and buildings. The fall brings colors of orange, yellow, and red leaves falling covering the walkways. The historic site is a beautiful place to visit.

Easter Sunday, was a perfect sunny day with the weather being in the high 70’s. I thought it was a good day for an hour-long road trip to Princeton, NJ. The trees weren’t bloomed yet and I didn’t know what type of photos I would capture but took the drive. It was great to see so many people diligent wearing their masks keeping everyone safe. It was busy out, I was lucky to get parking right outside the entrance. Parking was free, but there are garages to park your car and public transportation available.

Hearing people laughing, talking, and walking with their cameras felt like a normal day. Outdoor eating was busy and the air smelled of Spring and delicious foods. You can tour the University and go across the street and eat at the many restaurants. My daughter and I spent over an hour walking the campus grounds and taking beautiful photos. Princeton University is 500 acres with 204 buildings, It is the 4th oldest college in the United States.

To be a FREE African-American woman walking on the prestigious paths of Princeton University, was something unheard of.

Behind all beauty, there is a history of events in time that get brushed and swept away for no one to speak of. During 90% of my trips, my children are in attendance with me. As a traveler exploring destinations, I want to know the history and educate others. The photos I share have a history behind them and I have to share it no matter how hard it may be.

Princeton University’s first nine Presidents all owned slaves, a slave sale took place on campus in 1766, and enslaved people lived at the President’s House until at least 1822. One professor owned a slave as late as 1840.

The slave-holding practices of Princeton’s early trustees and faculty impacted the donations derived from the profits of slave labor. Slavery in the state of New Jersey did not fully abolish until 1865.

Betsey Stockton was born in 1798 as a slave. She was given books and was allowed to attend evening classes. She was interested in becoming a Christian missionary and was granted her freedom and accepted into membership by the American Board of Commissions for Foreign Missionaries.

Betsey Stockton and 20 other missionaries set sail from New Haven, Connecticut for the Hawaiian Islands and became the first known African American woman in Hawaii. The final years of her life were spent educating black children in Philadelphia, Pennsylvania. Betsy Stockton died in her hometown of Princeton, New Jersey in October 1865.

When I read this article, it broke my heart and saddened me. I sit and wonder how life could have been for African-Americans at this time. I know it was hard to live in a time period of hate and have no rights. She was given the chance to have the education to learn to read and write. I wonder about the stories of her travel that weren’t told during her journey and difficult times.

Bruce M. Wright, the first African American admitted to Princeton in 1935. Wright’s race became an issue, he was sent home. Wright went to graduate from Lincoln University. He earned a law degree from New York Law School in 1950.

Woodrow Wilson kept blacks out of Princeton, (Princeton’s 13th president). Princeton did not have its first black graduate until 1948.

Princeton University was an ALL male school. It was voted to go coeducational, admitting women undergraduates for the first time in 1969. Eight women transfer students graduated in June 1970, the number of graduating women increased in the years to come. 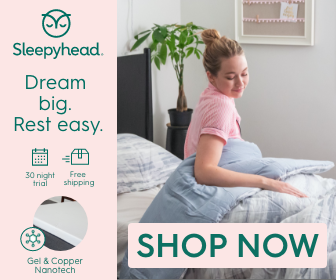 I look at the people from all different parts of the world who are paving the way and walking the paths of a new generation that will one day make the world a better and equal place to live in. Hello beautiful people! I'm Key, a blogger and a traveler. I love to explore new places to visit, and I want to share my adventures with you.