There has always been a mystery surrounding the architecture of Stonehenge. The questions always come up about who built these megalith structures? How did the stones get moved? Where did the stones come from?

Stonehenge is located in Wilshire, England. Each stone weighs about 25 tons. Archeologists date the stones being built from 3000 BC to 2000 BC. Stonehenge once had 80 sarsens erected in square-shaped archways encircling its bluestones, but only 52 remain.

Some scientists believe, Stonehenge’s builders used some sort of roller or dragged the heavy sarsens on a slippery surface like vegetation. 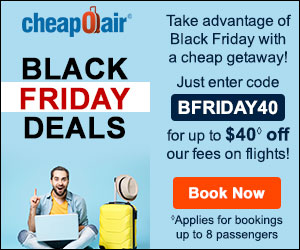 The Myths of Giants, a Wizard, and the Devil

There are so many suggestions of what Stonehenge was used for. Bones have been found in the area, so many think it was a burial ground, most say ceremonies were held here and others suggest that it is a celestial calendar.

Most beliefs were that Stonehenge was built by the Druids. These high priests of the Celts constructed it for sacrificial ceremonies. The myth involves the wizard Merlin using his wizardry to move the stones to England.

The king, Aureoles Ambrosias, wanted to build a memorial to honor the fallen nobles. He wanted to use a stone circle in Ireland, called the Giants’ Ring, as the memorial. Legend had it that giants had brought the stones to Ireland from

Africa because they had magical properties. The tale of the Devil being the architect of Stonehenge. The story tells that an elderly Irish woman originally owned the stones used to build Stonehenge. The Devil wanted the stones, so he disguised himself as a man and worked out a deal with the woman.

These are tales created over thousands of years. All we can do is use our imagination.

Plan your next visit to Stonehenge!

I was on my way to Stroudsburg and wanted to see what exciting places I could explore on my way. I found a hidden gem that reminded me of Stonehenge. The park is free to enter but donations are welcomed to keep the park cleaned and maintain.

Suggested donations are $10 for adults and $5 for children. This park was inspired when William Corhea Jr. visited the Isle of Iona located in Scotland. Columcille includes the trilithon Thor’s Gate, the Glen of the Temple, and numerous megaliths strategically placed on the land. The Park is constantly evolving.

There are over eighty standing stones throughout the park. Many visitors come here to meditate and come for retreats including Kirkridge Retreat and Study Center.

There are trails to walk through and huge stone structures around the property. I recommend wearing comfortable shoes if you’re going to walk to trails. I have been here several times and sandals are not the best choice.

There is a picnic table to enjoy your lunch. Be sure to clean up and leave the park like it was.

The park is opened to the public and a small donation is asked to help keep the park clean and maintained through the seasons. Events are held throughout the year, be sure to check out the calendar.

If you are looking for a medieval setting this is a beautiful place for photos, and you may have your wedding here. They have a store to purchase merchandise and gemstones and crystals on display.

I felt like I was walking on sacred land and this feeling of peace filled me. Sit on the grass and meditate. Listen to the beautiful sounds and soak up some nature. The park is open to the public from dusk to dawn and is pet-friendly with a leash on your dog.

Columcille, Inc. is a nonprofit organization established in 1978. It was built to help promote the transformation of oneself and people of all faiths. If you’re looking for a peaceful walk with serene surroundings, I suggest you come here and spend a few hours. Everyone who leaves here says they felt peace and rejuvenated.

One thought on “The Stonehenge of Pennsylvania Columcille Megalith Park”